My name is Detective Douglas with the Livermore Police Department. I am reaching out regarding a homicide case I am currently investigating. I could use your help assessing certain... peculiarities that have been uncovered. Many of the details regarding this case need to remain confidential, but due to the circumstances of these unprecedented times, the following crime scene evidence has been cleared for the public. As I'm sure you all know, we are understaffed, overworked, and at the end of our rope as we attempt to keep up with the exponential spike in homicides and suicides resulting from this outbreak. Whatever this virus is, it's changing people. You wouldn't believe the things we've seen the infected do...

Attached are photographs that were acquired at the crime scene. Unfortunately, most of the photos were burned in a small fire, but our CSI team was able to digitally enhance and restore those that were unscathed. Someone didn't want these pictures being found. That means they're hiding something worth finding.

I want to warn you that the pictures are extremely graphic and disturbing. As far as we can tell, they were taken during and shortly after the murder.

We are assuming the killer took these photos themself. It is not uncommon for killers, particularly infected killers, to document their victims. It's a part of what specialists call their "invitation ritual." Based on the gruesome nature of this specific murder, there is no doubt in my mind that we are dealing with an infected. At first glance, the photos seemed pretty standard for this type of case. Here's where things get interesting. There appear to be two different dead bodies in these photographs.

Only one was found at the crime scene.

Even stranger, all evidence at the crime scene points to there being only two people present for the homicide: One killer and one victim.

Who is the other victim in the photograph? Where are they? Could they still be alive? Why is there no trace of them?

Anything you uncover regarding the identity of either victim or the bizarre disappearance of the second body could move us one step closer to bringing this killer to justice.

We are asking you to be a protagonist in this horror story. We need your help.

Thank you for your assistance.

May God have mercy on us all... 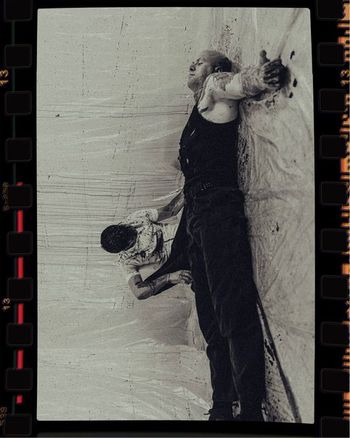 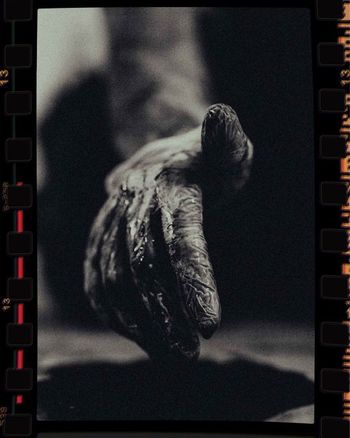 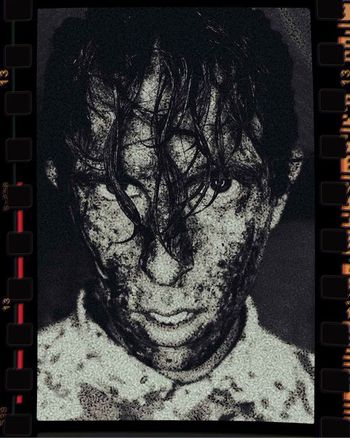 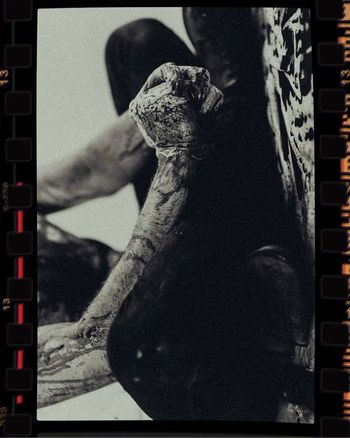 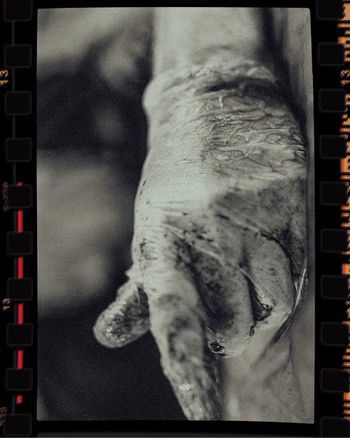 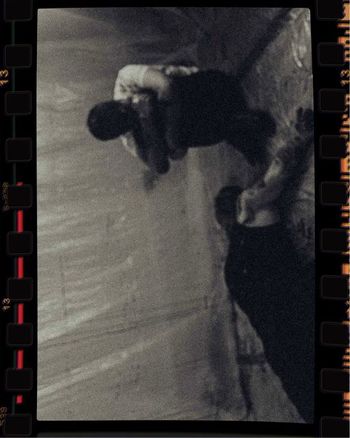 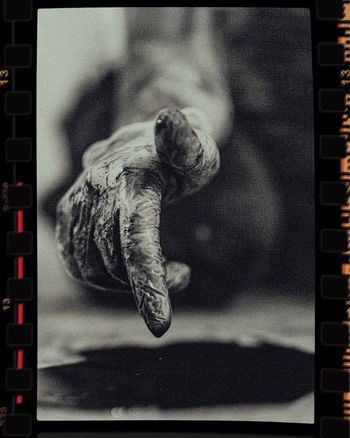 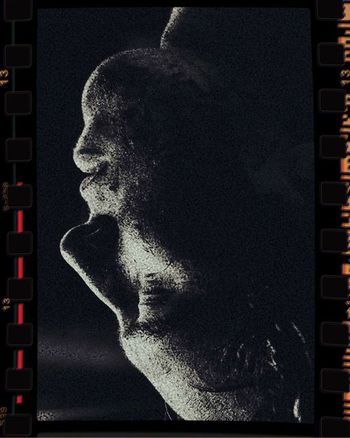 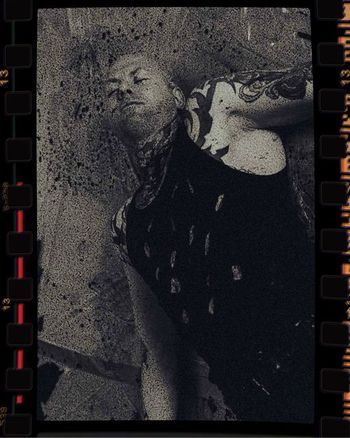 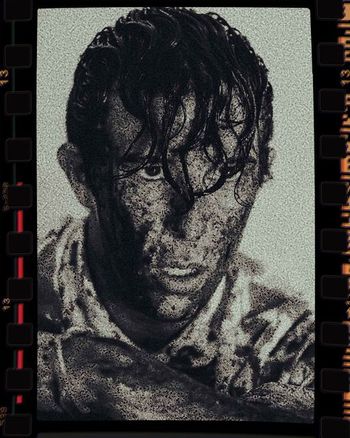 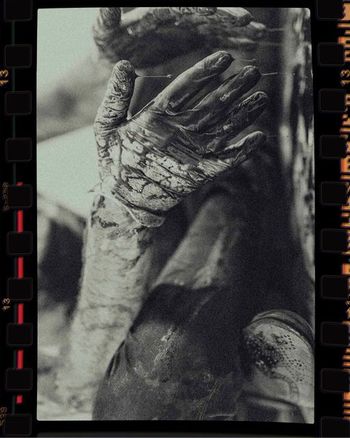 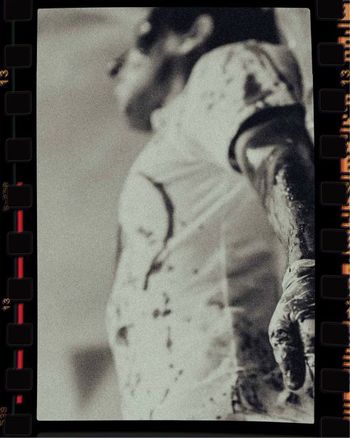 Detective Douglas here. All of you internet investigators have already provided valuable information that has changed the course of this case.

With your help, we have been able to identify at least one of the subjects of these photographs. The recovered body has now been confirmed to be Gabriel Thompson. We came to this conclusion after receiving a tip from one of you.

Our initial reaction when we found his body was that the cause of death must be multiple stab wounds. This seemed obvious considering the knife found at the scene of the crime, and the innumerable cuts on the body, but the autopsy told a different story.

The cause of death was suffocation.

We've seen many deaths by suffocation as a result of the virus, but the infected are usually the ones doing the killing, not the ones being killed. All of the stabbing was done post-mortem.  We had hoped identifying the victim and getting autopsy results would clear things up, but the picture has just become blurrier. What happened here?

We also received a tip regarding the identity of the other subject of these photos. An online investigator told us to look into Livermore resident Daniel Sherman. We were able to track down the suspect, and actually spoke with him through the window of his house. He is the spitting image of the person in these photographs, but there is one problem: He claims it isn't him. His alibi checks out as well. He has proof he hasn't left his house since this virus first started going around. Seems he has broken all ties to the outside world, and has done so sacrificially, to protect himself.

Is it a photoshop? Is there a look-alike out there? It is impossible that Daniel Sherman is the man in these photos.

Thank you for your help. If you have any additional tips, please DM one of my social media accounts.

This is Detective Timothy Bell. I wanted to inform all of you who have become invested in this case that unfortunately, we will have to close the investigation.

Detective Douglas was found dead this morning. His family wishes for the specifics of his cause of death to remain private, but we can share that he was exposed to the virus. I'm sure that should be enough detail for you all to guess the gruesome nature of his passing. Since he was the lead on this case, and our department is so overwhelmed, we have made the tough decision to cease further investigation into the murder of Gabriel Thompson.

There is one thing I feel you should be made aware of, as it may pertain to the case you've sacrificed so much time and energy for.

Douglas seems to have attempted to send a message before he passed. The words are gibberish, but I figured if anyone could figure out what he was trying to say, it would be all of you.

I'm sorry. I know you all were hoping for this investigation to lead to justice. I was too.

I will be clearing all social media posts about the case, but this site will stay up for awhile longer. Maybe someone else can find answers here that we can't.

Stay safe out there. This virus is dangerous.

And it's coming for all of us.